Everything You Believe About Creative Talent is Wrong

Are your beliefs about creative talent completely wrong? And are wrong beliefs shaping your actions in ways that hold you back from bigger achievements? You might be surprised to learn that everything you think you know about the role of talent in developing artistic skill is wrong. 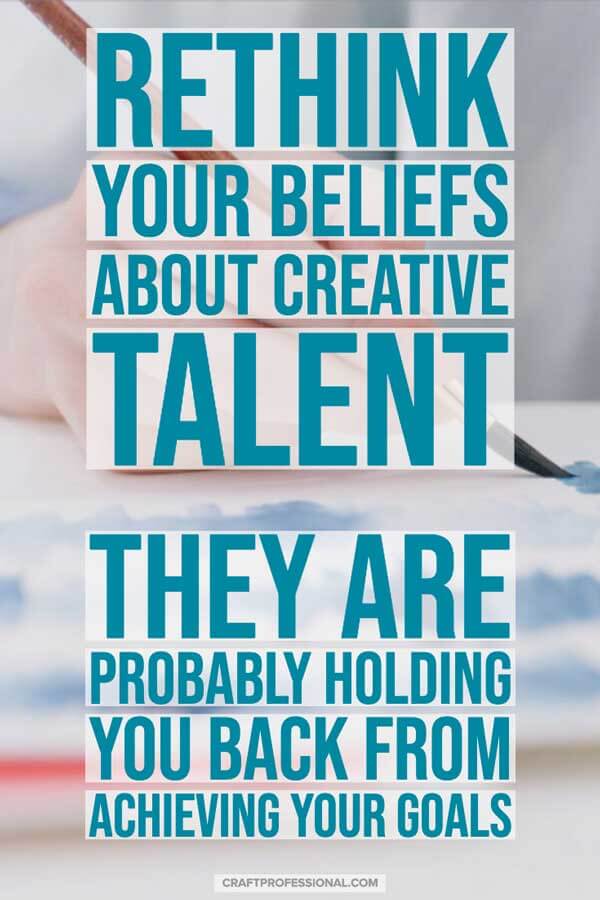 Do you need to seriously rethink everything you believe about creative talent?

The leading experts on learning and achievement think most of us hold beliefs about talent that are terribly wrong and hold us back from achieving our biggest goals.

Hands up if you believe that accomplished artists are talented geniuses who were born with an innate gift, and if you're not a natural genius in art, or music, or business, or any other area of expertise, it's impossible for you to do great things in that sphere. The thinking goes, if you weren't born with an innate gift, you simply cannot progress beyond a certain level of expertise.

That's what I grew up believing about our ability to master different skills, particularly in the arts. For some reason, we like to romanticize the idea of the creative artistic genius. We don't stop to consider that a person's level of skill might actually be the result of hours and hours of difficult, focused practice.

Many years ago, I was a teacher, and the fashion at the time of my teacher training was to focus on different types of intelligence. We were taught to respect the idea that all people have some type of inborn intelligence, and we are all innately good at something. It sounds good; it means that everyone can be good at something. However, it also implies that being good at something requires inborn talent, and if you don't have inborn talent in an area, you should immediately move on and focus on a different field.

Back then, I don't remember anyone ever telling me that intelligence was overrated. That maybe, instead of moving on, if something really speaks to us but isn't immediately easy, we need to work harder.

I earn a commission for purchases made through links on this page.
To learn more, please see my disclosure.

That's what the leading experts on achievement and learning will tell you today. The importance of innate talent or intelligence is horribly overrated, and idealizing talent above all else can stop us from doing the kind of hard work that actually leads to success. Idealizing talent - glorifying that person who seems to immediately and effortlessly grasp new concepts in a particular field - can also stop us mere mortals from getting access to the best teachers and other important learning resources.

Experts today will tell you that what you really need to do to achieve something great is to work at it. You need to practice intelligently and consistently. In short, hard work beats inborn talent.

It sounds simple and obvious enough when you see it in writing - To achieve something great, you have to work hard.

Nevertheless, we still romanticize the idea of the natural, overnight success. And if we romanticize the overnight success who apparently comes out of nowhere and achieves their goals with nothing but raw talent, then we won't be able to see a path to success for ourselves if we happen to be mere mortals lacking magical, spectacular, inborn talent. 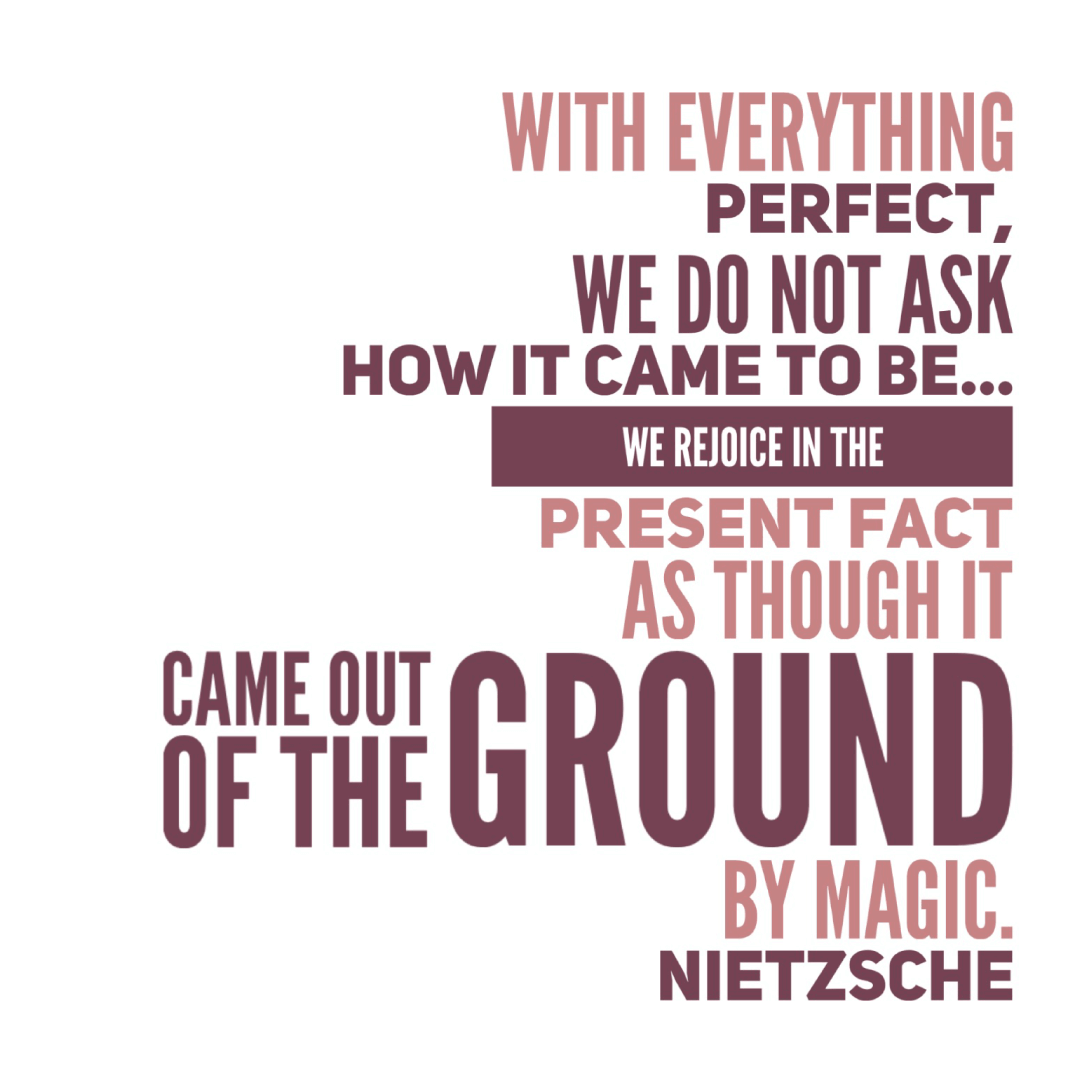 We've all seen the person who seems to be a natural at something. I'm sure you can think of examples of the person who grasps a new skill faster than everyone else in class. Certainly, those people exist. Some people find the early stages of learning a new skill easier than others. Those are the people who we tend to label as being the "talented" ones.

However, the current research on learning shows that picking up a new skill faster than your peers doesn't automatically mean you will progress beyond your peers. When researchers study people who have reached a high level of skill in any area, ultimately, it's the amount and quality of practice that has the biggest impact on their level of skill development.

Angela Duckworth, who has spent years studying how people learn and achieve their goals tells us in her book, Grit: The Power of Passion and Perseverance, that "Greatness is doable. Greatness is many, many individual feats, and each of them is doable."

She goes on to write that, "If we overemphasize talent, we underemphasize everything else."

Stop for a moment, and really process those two ideas. They are game changing, particularly if you have always believed that your ability to accomplish things hinges on something you have to be born with.

If achieving something great simply requires you to do many, many smaller tasks, which are all doable, then we all have it within ourselves to achieve many of our goals. But if we overemphasize talent, we won't put our heads down and do all of those tasks which make up the tough work required to get things done. 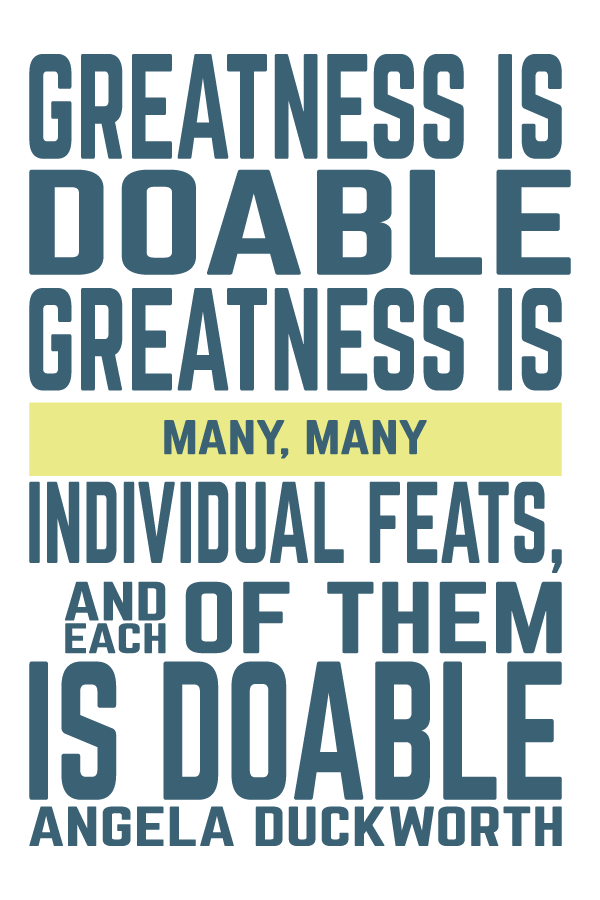 If hard work beats talent, we have it within our power to achieve many of the things we dream of achieving. The catch is, we have to be willing to put in hours of focused practice, which often requires a large degree of self-discipline.

Not everything will be worth that type of sacrifice to you. But the beauty in this new understanding of skill development means that we have more control. We're not stuck with the limitations of whatever talents we believe we were (or were not) born with. Instead, we can look at the amount of work it would take to build a skill, and then we can decide whether we want that skill enough that we are willing to dedicate that time to develop it.

You might have seen Angela Duckworth's TED talk about grit. It's compelling, but it doesn't tell the whole story. You can't really tell the whole story in a 6 minute talk. I didn't fully grasp the concept in a life-altering way until I read her book.

The shift in thinking that came from really immersing myself in these ideas - emphasizing effort over talent - has already helped me achieve things I failed at in the past.

When I was just a couple of chapters into the book, I managed to achieve a running goal that had eluded me for years. I did it by internalizing ideas from Grit.

I've never thought of myself as a naturally athletic person, but for several years, I have wanted to run 5 kilometres (3.1 miles for my American friends). I know that's not far by a lot of people's standards, but for me, it was a huge challenge. It might as well have been a marathon. I'd been close a couple of times in the past, but I have always failed for one reason or another.

Angela Duckworth's research made me really internalize the idea that I needed to be willing to do the things others aren't willing to do. That some things are about mental toughness more than anything else. 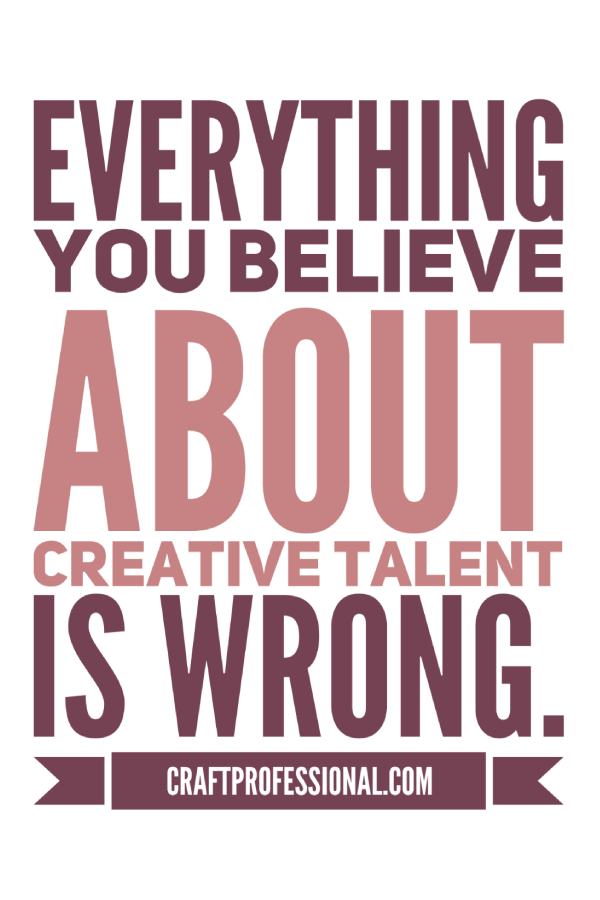 One day, after spending a few weeks on the treadmill, I realized the only thing stopping me from reaching my running goal was my self talk. I didn't need more natural athletic talent; I needed to work harder, and keep practicing even when I really just wanted to sit down and eat a cookie. I needed to be mentally tougher. That's the day I finally ran 5k. Grittiness and hard work, won the day. Natural ability was irrelevant.

Since that day last summer, I've made changes to the way I approach running my business, parenting my kids, and working toward other personal goals. It's freeing to internalize the idea that your success hinges largely on your willingness to do the work, but it also comes with a great deal of responsibility.

What skill would you love to develop, but you haven't put forward a concerted effort because you felt you didn't have the talent? If you can truly change your thinking about talent and really commit to doing the work, you might surprise yourself with the things you can achieve.